In 2003, Howard County’s Office of Tourism & Promotion proposed a tree planting program that would beautify the county’s attractions, its parks and its roadways with Kwanzan cherry trees. The project was inspired by Washington D.C.’s annual tidal basin spectacular and designed to capitalize on the blossom-mania that descends each year in the neighboring Capital. The goal was 1,000 cherry trees in the ground at select locations in five years.

Equally important as beautification was the desire to also give back to the community in a meaningful way. The trees would be used to raise awareness of breast cancer prevention each spring and to raise money to benefit those within the community coping with cancer and facing other life-changing experiences.

The concept was taken to former Howard County Executive Jim Robey who agreed to champion the project and also provide resources from within both the Department of Recreation & Parks and The Department of Public Works to kick start the initiative on public lands. And so, Blossoms of Hope… the Howard County Cherry Tree Project began.

In 2004, a handful of individuals stepped forward to make the dream of Blossoms of Hope a reality. The group included public officials, civic-minded community businesses, and individuals who were inspired by the project and what it meant to them personally.

The Founders Grove is their legacy. Located adjacent to Route 108 in Centennial Park, it grows the 20 original and most mature of the Blossoms of Hope trees.

Fundraising events have been added over the years to help raise funds to distribute to the community, including Power of the Purse; Pretty In Pink; Beer, Bourbon and Bags; and Pink Greens. Blossoms of Hope also responds quickly to unique community needs. In 2016, in just three weeks, Blossoms of Hope sponsored a gala raising more than $24,000 for Ellicott City flood victims. In 2020, due to of COVID-19, The Santa Project was founded with Santa and his elves visiting the homes of more than 2,300 children each year in Howard County and the surrounding area. 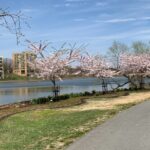 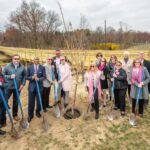 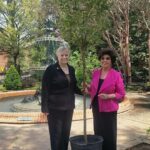 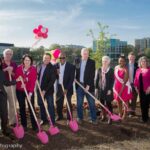 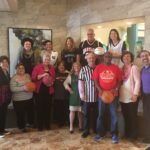 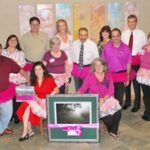 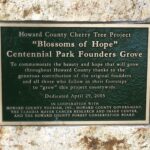 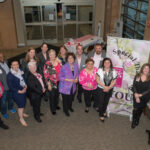 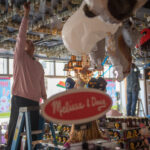 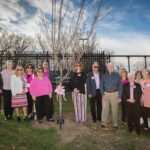 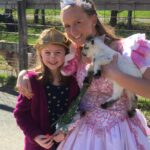 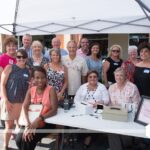 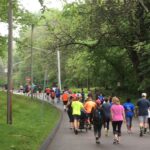